One of the most common questions that I hear about the law of human remains is whether a person can choose a method of disposition other than burial or cremation in the United States. On Episode #5 of our #TalkDeath web series, Lee Webster and I were asked about the legality of Tibetan sky burial, having a body mummified or rendered into an articulated skeleton and displayed in a home, or, my personal favorite, a Viking funeral (aka, House of Tully funeral to Game of Thrones fans).

The answer, sadly, is no.

Can I Have a Tibetan Sky Burial?

There are two reasons why you can’t have a Tibetan Sky Burial in America. First, many states explicitly limit the approved methods of disposition of human remains. Second, most states criminalize certain treatment of human remains that is inconsistent with prevailing social norms.

Okay, sure, but how would they find out if I did something different?

In my book The Law of Human Remains (2015)—available on the publisher’s website and on Amazon—I discuss both of these areas of law in more detail and list all of the relevant statutes. Here is a brief synopsis and a few examples.

Many states explicitly state that human remains may only be disposed of by burial, cremation, or donation to science. For example:

If you are interested in Tibetan sky burial, a Viking funeral, or some other method of disposition not covered by these laws, you may ask—okay, sure, but how would they find out if I did something different? The answer is that states require both death certificates to register the death of a human being within the state and a permit usually called a “burial and transit permit” or “disposition permit” that is used to tell the government the final destination of the human remains and the method of disposition.

In a number of states, a licensed funeral director must sign or issue the permit. So to accomplish an unauthorized method of disposition, you’d have you lie to the government on the permit and, in most cases, also get a funeral director to lie for you. Good luck with that.

The second problem is that even if you can convince someone to hold a Tibetan sky burial for you despite the fact that it is not authorized by state law, such treatment of human remains may actually expose those disposing of your remains to criminal penalties.

In the United States we have two kinds of law—common law, which is judge-made law that we originally inherited from England, and statutory law, which is enacted by legislatures.

At common law, before a corpse is properly interred, it must be treated in accordance with “ordinary requirements of decency and common morals.” State v. Hartzler, 433 P.2d 231 (N.M. 1967). Human remains may not be “cast out so as to expose [them] to violation or so as to offend the feelings or endanger the health of the living.” No person may “cast [a corpse] into the street, or into a running stream, or into a hole in the ground, or make any disposition of it that might be regarded as creating a nuisance, be offensive to the sense of decency, or be injurious to the health of the community.” Seaton v. Commonwealth, 149 S.W. 871, 873 (Ky. 1912).

Although it is unusual to be prosecuted for a common law crime today, there have been reported cases in the 20th century. For example, in 1939, a defendant was convicted in Maine of disposing of a body in a furnace. “The essence of the offense charged and proved is, not that the body was burned, but that it was indecently burned, in such a manner that, when the facts should in the natural course of events become known, the feelings and natural sentiments of the public would be outraged.” State v. Bradbury, 9 A.2d 657 (Me. 1939).

In 1949, a defendant was convicted in Arkansas for keeping a dead body for five days in order to cash an old age assistance check. “During these five days the body was placed in different positions simulating life.” Baker v. State, 223 S.W.2d 809 (Ark. 1949).

Many states have enacted statutory laws criminalizing mistreatment of human remains that mirror the standards set forth in the common law. There is one uniform law that has been adopted by about a dozen states—The Model Penal Code includes a crime called “abuse of a corpse” that is committed when a person “except as authorized by law, … treats a corpse in a way that he knows would outrage ordinary family sensibilities.” Model Penal Code § 250.10. The standard of “ordinary family sensibilities” is vague, but not unconstitutionally vague, at least according to the Sixth Circuit Court of Appeals. Condon v. Wolfe, 310 F. App’x 807, 821 (6th Cir. 2009).

Here are some examples of state statutes that criminalize mistreatment of human remains: 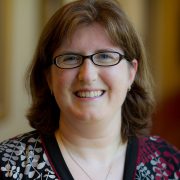 Tanya Marsh
Tanya Marsh primarily teaches Property, Decedents Estates and Trusts, and the only course in a U.S. law school on Funeral and Cemetery Law, and Professional Development. Her scholarship focuses on laws regarding the status, treatment, and disposition of human remains. Marsh is the author of The Law of Human Remains (2015), the first treatise on the subject in more than 50 years, and co-author (with Daniel Gibson) of Cemetery Law: The Common Law of Burying Grounds in the United States (2015). She frequently writes and speaks about issues related to the law of human remains. She also publishes a podcast on the topic called Death, et seq. (https://deathetseq.com/)