Since the advent of photography in 1839, the American middle class has used the camera’s ability to document one’s life to cement their place in history. Capturing cherished moments with loved ones in our camera rolls, family albums, and picture frames feels like a primordial human impulse.

All media can be seen as a mirror with which society studies and understands itself. Post mortem photography, or taking photos of the deceased, is no different and offers us a quick socioeconomic glance into the culture of a country building itself, its beliefs, and customs from the ground up.

Capturing Death: The Rise and Fall of Post Mortem Photography in America

The practice of post mortem photography developed in America in the 1840s as urbanization changed the landscape of daily life. Commissioned paintings of the deceased were, and continued to be, a common practice among upper class and middle class Protestants (Ruby, p.38). The canvas included not only the subject’s visage, but also the symbols of their prominence; whereas photographs, referred to as “likenesses,” were a straightforward reproduction of one’s features at the time of death (Zlomke, p.54). Post mortem photographs could have been an attempt to keep up with the status of memorial paintings, or simply a very human inclination for documentation inspired by technological advancement (Ruby, p.43).

Into the latter half of the 19th century, American society at large decided death was a heavenly blessing rather than some practical part of their difficult lives.

In the early to mid-1800s, echoing the ubiquitous nature of death, and a culture that viewed death as a fact of daily life, the first photographs taken of the deceased were unposed and untouched, sometimes showing slight decomposition of the body. Bereavement processes are as unique as the lives that inspired them and motives to commission a post mortem photograph were no different. This was a very personal, familial, and relational practice.

Into the latter half of the 19th century, American society at large decided death was a heavenly blessing rather than some practical part of their difficult lives. These cultural shifts were reflected in some distinct trends like the “last sleep” post mortem pose (Ruby, p.63). These photographs were typically taken from the waist up as the deceased lay, eyes closed, on a board over a block of ice to keep the body from decomposing (Zlomke, p.22). Photos were often taken inside family homes, which lends to the idea of death as a peaceful rest, anticipating bodily resurrection and reunification with loved ones.

Although today we’d consider many of the deceased in Victorian era corpse photography to be “white,” there is evidence that post mortem photography was most popular among Christian immigrants, many of whom were not considered “white” by the protestant majority (Linkman, p.78). Post mortem photographs were not accessible to Black folks; unpopular with WASPs; and not condoned by the Jewish community.

Plenty of writing from the Victorian era, called “consolation literature,” exists on mourning practices, but little is said about the meaning and intention of post mortem photographs themselves (Zlomke, xvi). We know that post mortem photographs were hung inside homes, worn in lockets, and sent to relatives, but there is debate surrounding their precise cultural significance. The lack of documentation could imply that post mortem photography was such a ubiquitous, yet personal practice, and there was little need to write about it explicitly (Ruby, p.43). However, what does not get discussed can get convoluted in the sands of time as we retroactively apply modern logic and perspective to our ancestors’ rituals and survival.

This quietude has led to modern speculation and misconceptions regarding the practice of post mortem photography. The most common myth is that photographs during this time period were too expensive for common folks, leading many families to only purchase a photo once their loved one was deceased. Due to high infant mortality rates, this is truest for babies and young children, which consist of the largest remaining examples of post mortem photographs (Linkman). However, some studios only charged $1 or less to take photos inside homes–a low cost, but a cost that still made the practice inaccessible to the very poorest classes, including slaves (Ruby, p.166).

As the funeral industry grew from the late 1800’s to early 20th century, customs changed that would influence the logistics of post mortem photography. Professional embalmers, typically male, took charge of the once feminine task of preparing the body for burial, and photographing the deceased moved from the home to the funeral parlor (Zlomke, p.33). This is when we not only begin to see photos of corpses inside coffins, but also the addition of cloth-lining to coffins and the expansion of the ready-made casket business. Seeing the coffin in photos, one could no longer misrepresent death as “the last sleep,” yet the notion still remained and other elements, like mourners, were included in the shots to re-frame death in the context of the living (Ruby, p.72).

Like the livestream funerals of today, post mortem photos were very important to family members who could not be present at the burial. But into the 20th century, the popularity of post mortem photography waned significantly. This is evidenced by the fact that photographers stopped advertising their post mortem services. Did the photos simply fall out of fashion?

With its skepticism and shame, and mystery spoken in hushed tones, post mortem photography is a metaphor for most of American cultural development.

In his book Memorial Photography, A Family Undertaking, Jay Ruby finds that it was society’s relationship to the photographs that changed. Once a widely accepted practice, post mortem photography, like all aspects of American death, was denied and pushed to the shadows. Families became ashamed of their pictures of the deceased, removing them from albums as the images’ context became connected to morbidity. This could be said for American grief practices as well. What was once a rather public and communal experience, was slowly consumed by the fog of genteel societal expectations and Protestant ideals.

Fading, but not forgotten

Since the 19th century, Americans have continued to distance themselves from death, while at the same time integrating photography and documentation into almost every moment of life. We no longer focus our lens solely on moments of familial and personal importance, but now take photographs indiscriminately, hoping to capture something of aesthetic value that will reflect certain societal expectations.

If we place centuries’ worth of death denial, technological advancements, and cultural shifts between ourselves and Victorian era post mortem photographs, we are bound to write narratives that fit our current relationship to death, grief, and the survival of our ancestors, rather than their lived experiences.

But post mortem photographs were never for us, they were for the surviving family members of the deceased. Rather than trying to interpret these customs, we should simply sit in their presence, reflecting on all who have come before us and all who will come after. Through such reflection, post mortem photographs can continue their legacy of connecting us to our own fleeting humanity and our lineage of memories and perseverance through loss. 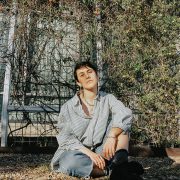