Every culture has unique ways of interacting with and disposing of the bodies of their dead. Some bodies are buried, others cremated, some are fed to animals, and sometimes bodies are consumed by other humans.

Evidence of cannibalism goes back 800,000 years, when early hominids ate children as a territorial defence strategy. While it is uncommon today, cannibalism had immense cultural and religious importance for various peoples around the world. This is especially true with respect to endocannibalism.

Yes! Good catch. Assuming that you are familiar with the term cannibalism–a human being who eats other human beings–endocannibalism diverts only in that it specifies the act of preparing and/or eating the relics or remains of a member of one’s community or close circle (Metcalf, 1987). While there is an uncertain and controversial history regarding the origin of endocannibalism, the practice likely has ancient Indo-European roots.


Through the genetic tracing and study of cannibalistic diseases such as Kuru, anthropologists suggest that endocannibalism was likely a common practice at one point in history (Lindenbaum, 2008). While endocannibalism is not a legal option available to most of us in the world, it was a long-standing and significant mortuary practice in some cultures, including the Wari Peoples of the Amazon (Erikson, 2003). After a Wari individual died, the community would gather the body and begin a ritual that has been likened to the process of making wine.

“Paying particular attention to the ways in which bodies are treated in death holds the key to understanding a culture’s approach to death rituals.”

This ritual process began by placing the body of the deceased onto racks to encourage decomposition. Once the body reached a juicy state referred to as “melarak,” the body was trimmed at the shoulders and stuffed into a giant jar-like container and stored in the kitchen for further fermentation. Once the fermentation process was completed, the liquid and solid remains of the deceased were separated, and the solids buried.

Devil worship and cannibalism in South America, by Caspar Plautius, 1621. Cannibalism, and rumours of cannibalism, were used in the past to justify colonial expansion through the use of politically-motivated derogatory or ethnic stereotypes.

There is a story from 1912 of an anthropologist who visited a Tabun home where he found a chief, resting – and decomposing- in a jar-like container in the family’s cooking area. As the chief’s illness at death made him unfit for a human consumption ritual, his remains were fed to the animals on the property through a pipe in the bottom of his sediment jar (Metcalf, 1987).

‘…but why did people decide to eat… ah… their people?’

Brazil: Tupinamba Indians as cannibals enjoying a feast. Etching by T. de Bry.
Wellcome Collection. The extent to which cannibalism occurred was most likely exaggerated by missionary and colonial reports.

While endocannibalism may stir up adverse reactions by those reading this, the consumption of loved ones was considered a profound community celebration of one’s life for the Wari. The practice also held spiritual significance since consuming the so-called wine of the corpse was amusing for the souls of the dead, which distracted them from causing irreparable destruction while they lingered for their last days on the earth (Metcalf, 1987). The Wari peoples, mentioned above, believed that the practice helped deliver the souls of their dead beyond earth (Erikson, 2003), and that cannibalism both honored the dead, and transferred their knowledge to the living (Sheposh, 2020).

Anthropologist Peter Metcalf (1987), states that paying particular attention to the ways in which bodies are treated in death holds the key to understanding a culture’s approach to death rituals. The Nagaju peoples, for instance, centre their rituals around the skeletal remains of the deceased, carefully collecting the dried bones following decomposition of the flesh. In the Amazon, Yanomami Peoples are known to consume a mixture of cremated bones and bananas (Sheposh, 2020). A historical practice of widows in Indonesia, on the other hand, was to cover their bodies in the juice from their spouse’s decomposition or stir small amounts of juice into their food (Metcalf, 1987). Finally, the Junkun people of West Africa were known to consume the hearts of notable community leaders (Sheposh, 2020).

‘Hmmm, okay, but nothing in Western practice looks like this, right?’

It is important to note that cannibalistic practices, and rumours of cannibalistic practices, were used in the past to justify colonial expansion through the use of politically-motivated derogatory or ethnic stereotypes. Indigenous Peoples in North America were often depicted as cannibals, as “wandering, man-eating Indians,” when little to no evidence of cannibalism existed. Writing about these practices today also risks exoticizing and reducing complex and beautiful cultures to these mortuary practices alone. Before we exoticize cultures who once practiced cannibalism, let us remember that yearnings for consumption in death underpin some current ‘Western’ practices as well.


While it is generally frowned upon to nibble on your loved ones after they have passed, similarities to the practice of endocannibalism are found in Western after-death practices. For example, Christianity’s tradition of the Eucharist, whereby a piece of bread meets with wine and is believed to become both the broken body and the blood of Jesus Christ before being eaten by community members, holds endocannibalistic undertones.

A different undertone can be found within some Indigenous practices across Turtle Island, where an emphasis is placed on honoring the lives of the animals hunted by utilizing every component of their bodies through both consumption and craft (Tribal Trade, 2020). Moving to Tibet, bodies navigate a series of movements and rituals before being dismembered and placed on mountains and hilltops for vultures to consume their flesh, signifying that the body is no longer necessary before carrying the soul onward. Like endocannibalistic practices, the consumption and decomposition of the dead is understood to help move the spirit of the deceased from their body to their next destination (Bush, 2012).

“Across cultures, there is a common desire to hold onto and absorb, in a way, the energy of the deceased.”

Professor of Religion Carole A. Myscofski (2003) writes that cannibalism can be identified as both a compassionate practice and a natural response to unbearable grief and loss. Philippe Eriskson (2003), an anthropologist who studied the manifestations of grief in the Amazon, claims that cannibalism has long been a tool for managing the distress associated with grief. The linking of cannibalism with compassion may appear odd, but if compassion is defined as a way of preserving the dead’s honor, endocannibalism was believed to benefit both the griever and the grieved (Myscofski, 2003).

Matthew Paris, a Benedictine Monk writing in 1240 A.D., painted this very fanciful (and inaccurate) picture of Mongol warriors at a cannibal feast as part of his Chronica Majora.

Social Scientists have suggested that grief can lead individuals to engage in behaviours that would be unthinkable in other contexts, including immensely gruesome and violent behaviour (Rosaldo, 1993). Across cultures, there is a common desire to hold onto and absorb, in a way, the energy of the deceased, especially so when grief becomes disenfranchised or invisible to the society that an individual resides in (Walter, 2019). We routinely consume the dead through the collecting of material belongings, holding of ashes, eating of their favourite foods, following scents, listening to the same music, etc.

Okay! I see how endocannibalism was utilized in other cultures and how some Western rituals could be connected, but what do I do with this information?

Building an ongoing understanding of the various ways human beings frame and interact with death and grief can help to shake up grief cultures that hold expectations of resilience that are both harmful and unrealistic.

While adding the consumption of the dead’s flesh to our repertoire of practices is not possible, or desirable, we can use the knowledge of endocannibalism, along with an ever-evolving understanding of the diversity and nuance of death rituals, to create more compassion and space for the messy and raw realities of grief, metaphorically at least.

Bush, A. (2012). Vultures of Tibet – the tradition of Sky burial. Kanopy. Retrieved from https://mcmaster.kanopy.com/product/vultures-tibet-tradition-sky-burial. 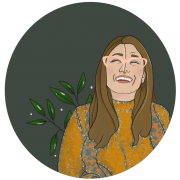 Breyane Lepinskie
With a particular interest in palliative and bereavement care for Queer folks, Brey (she/her) is currently in the final year of her Bachelors of Social Work degree at McMaster University. As a human whose goal is to normalize and honour death, loss and grief in both professional and personal spaces, Brey welcomes any opportunity to weave death positivity into her free-lance illustration projects (@wintercreature).

Capturing Death: The Rise and Fall of Post Mortem Photography in America