Not long ago, femicide was an unknown word in Mexico. The Mexican government had not even differentiated the murders of men from the murders of women, who are disproportionately victims of gendered violence.

In 2012, Mexico legally recognized femicide. This was the first step towards justice for the women who died from violence and abuse. Unfortunately, the murder rates in Mexico keep rising. In 2021, the country saw a 7% rise in femicide.3 This means that approximately ten to twelve women are murdered in Mexico every single day.

Even though there is a 65-year sentence for men who commit this crime, only 24.6% of all female murders are considered to be femicides by law.1 This means that over 75% of victims and their families will not receive the justice or closure they deserve, and will continue to suffer the consequences of an untimely and violent death simply for being a woman.

On this Day of the Dead, celebrated on November 2nd, thousands of Mexican women accompanied by feminist groups will gather to seek justice for their sisters who were victims of femicide.2

The Day of the Dead for the rest of the world is commonly perceived as a colorful and fun day where people dress as skeletons or catrinas and create altars to remember their family members.4

Popular media, including films like Coco and the James Bond film, Spectre, show only a part of this yearly tradition, ignoring the fact that this day is also filled with grief and helplessness for many Mexicans.

Even though local cemeteries will be filled with the sounds of  local bands playing loud music and tombs covered in colorful papel picado,5 there is still so much pain and grief that families will endure.

The actions and performances that feminist groups will carry out from October 29th to November 2nd are aligned with the grief that Mexican families are currently experiencing. “There’s no joy in knowing your best friend is no longer here and that no one’s interested in solving her case,” explains Andrea who lost her friend to femicide two years ago.

Colectiva Asteria, a feminist group based in the city of Texcoco have already started different activities to remember the women whose lives were recently taken in their community. The first key action taken by the Colectiva was marching together towards the town center, reminding their city and the local major that many femicide cases remain unsolved and that they won’t stop demanding justice for their dead.

As the Colectiva arrived in the city center, they made an offering for their deceased sisters, leaving cempasúchil flowers in the form of a cross as well as candles to light up the street.6 They also brought pink crosses, a symbol that represents victims of femicide, and photos of the different victims while gathering in a circle in silence. A heartfelt moment of grief was shared among them.

Silence is as important as shouting and speaking up for the victims, as a sign of remembrance and respect. Some of the Colectiva members made speeches and invited family members of victims to share some words. Their trembling voices represented the same agony that was sung in “Canción sin Miedo” by Vivir Quintana.

This song has profound lyrics and will be sung by many other feminist groups on November 2nd:“Every minute, every week. They steal our friends; they kill our sisters. They destroy their bodies, they disappear. Don’t forget their names, please, Mr. President.”

The feminist front from the state of Jalisco decided to organize a silent march for all the women who had lost their lives to femicide with a special focus on Aremi, a recent young victim of femicide whose case was wrongly categorized as a suicide. In Mexico, it is common for authorities to categorize a murder as suicide because it’s easier for them to declare a case solved than search for the murderers.

Other feminist groups, such as Brujas del Mar located in the state of Veracruz, have taken a different stance. “We don’t want a Day of the Dead for us,” they declared in support of the 43 mothers and sisters of femicide victims who signed a petition last year demanding that November 3rd be declared the day to remember women who lost their lives to femicide. “Femicide is a crime, not a tradition,” explained one of the petition signers. Others worried about the political figures who wanted to monetize and use this new day for their own interests.

Feminist groups themselves have also faced a wave of violence and force from the police, who have incarcerated and brutally injured many women. One of the most unfortunate incidents happened in Cancún, a tropical paradise for many international tourists. In November 2020, feminist groups gathered to seek justice for victims of femicide before being shot at by police officers. Several individuals were gravely wounded, and while the authorities held the police fully responsible, it is believed that the local government had ordered the shots.7

Bloque Negro and Violetas Radicales Mexiquenses, both feminist groups near Mexico City have faced violence from authorities, yet decided to gather again for victims of femicide. This past weekend (October 29th-30th, 2021), they organized a protest where they graffitied the city’s monuments and lit up purple smoke while holding banners with the photographs of victims.

Regardless of how hopeless this situation may feel, and how dangerous Mexico can be for women, several feminist groups will act on November the 2nd and in the upcoming months until things start to change. It is important to remember that the Day of the Dead is not only a colorful holiday for the world to see, it is also a day of grief where we remember and act for those who have lost their lives to gender violence. 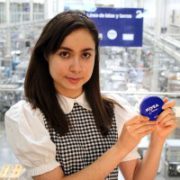 Marlene Davila
Born in the state of Guanajuato, Marlene Melissa Davila is a communications specialist that writes in her free time in different blogs about death and social inequality in Mexico. She also directed a local documentary titled Post Mortem where funerary homes from the city of Leon, Guanajuato share their relationship with death.

Misrepresentation of Trans Dead, and Resources to Prevent it from Happening to You

By Yannick-Robin Eike Mirko18 hours ago