*This is a guest blog by Claire English. The views expressed in this guest blog do not necessarily reflect the views and opinions of the TalkDeath team.

This is the final part of a 3 part series on physician assisted death in Canada and abroad. Part 1 laid out the debate over Canada’s Bill C-41: Medical Aid in Dying. Part 2 argued for the fundamental right of humans to end their own lives in the event of illness or certain death. Part 3 is a guest post from religion & disability researcher Claire English who argues that assisted dying legislation sets a dangerous precedent and leaves many people vulnerable to abuse.

“I love Amsterdam. As soon as I got of the plane they offered me marijuana, a prostitute, and euthanasia!”. That sardonic joke was told by British comedian and disability rights advocate Liz Carr during her bit at ‘Cripping the Stage’, a disability arts cabaret held at Toronto’s Harbourfront Centre last September. Earlier, in her 2013 BBC Radio documentary, “When Assisted Death is Legal”, Carr recounted her travels through the five, at that time, countries where euthanasia is legal: Switzerland, Belgium, Luxembourg, the Netherlands, and Oregon and Washington States in the US. It’s a tour she prefers to call, on t­-shirts and anything else she can find, her “Euthanasia Road Trip”. Carr, disabled herself, is an outspoken opponent of assisted dying and euthanasia. Like many in the disabilities rights community, Carr is leery of the ability of the medical system to properly regulate that ultimate of final acts: aiding someone in dying. Had she taken her tour this summer, Carr would also have made a stop in Canada.

As of last month, this country has become the latest to adopt a permissive legal framework. With the ratification of Bill C­14, assisted dying is now available in Canada for consenting adults “”in advanced stages of decline” from serious and incurable disease, illness or disability for whom natural death is “reasonably foreseeable””. Polls show a strong majority of Canadians support the Bill, but for those who don’t the developments are cause for dismay.

Disabled patients may be the “canary in the coal mine”, as one advocate has put it

One of the most outspoken demographics opposed to assisted dying, both in Canada and abroad, are those with disabilities. Their arguments range from concerns for the value of human life, the meaning of dignity, and the worry that a ‘slippery slope’ will inevitably set in, leading to a far broader set of criteria by which people will become eligible for assisted dying. These concerns are by no means limited to the abstract or intellectual. Many disabled people spend their lives on the front lines of the health care system and know all too well the prevalence of negative attitudes toward disability harboured by all levels of health care workers. As the anti­-euthanasia advocacy group Not Dead Yet has put it: “In a society that prizes physical ability and stigmatizes impairments, it’s no surprise that able-bodied people may tend to equate disability with loss of dignity.” This persistent societal sense that a life of disability is without question unbearable follows the disabled patient into the heart of the health care system. Sit with anyone who has been severely disabled for any length of time and they are bound to have a story. There’s the one about the young woman who became quadriplegic in a car crash and whose parents were repeatedly counseled to withhold ventilation. Doctors pressed them to accept that their daughter could not possibly have any “quality of life”. The punch line, of course, is that this young woman is now a successful writer: she wrote the article in which I read her story.

These are not just outliers of outliers, anecdotes to be dismissed as representing the minority of the minority. Disabled patients may be the “canary in the coal mine”, as one advocate has put it, but ultimately they are breathing the same air as the rest of us. The fundamental question at stake in this issue is what we mean when we say that a human life has value, that it is a life worth living, and worthy of active support and protection. It is the central question that underpins the great ethico­-political questions we all grapple with: what ethically does it mean that the vast majority of our consumer products are made in foreign countries with less than stellar human rights records? What is at stake in environmental degradation? In the question of whether or not we can justly torture “unlawful combatants”? Or, employ unmanned drones in “theaters” of war? Reflect on your own opinion on any of these issues and ask yourself this: do I hold this opinion because X is an offence to human dignity or autonomy, or do I stake a claim to the principle that dignity is indelibly a part of the human being?

Many Canadians I’ve spoken to tend to respond to this concern over larger issues by insisting that such arguments are misplaced: the Canadian legislation, they confidently proclaim, will only apply to those who are terminally ill, in great pain and suffering, and certain to die within the next six months. Canada is not Europe and never will be. I believe these voices are sincere, but they might be in for a shock. Bill C­14 did not even make it to its initial ratification without attempts to widen its scope. Once it reached the Senate, Serge Joyal introduced Amendment 1, seeking to remove the criteria of “reasonably foreseeable” death. In its place would be inserted the phrase “grievous and irremediable medical condition”. The Senate voted 41­30 in favour of this language. The amendment was subsequently struck down in the House; the Bill in its final form retains the clause of reasonable foreseeability.

Parliamentarians who support the new legislation see it as a “a good start”; those who oppose argue that it fails to respect the ruling made in the Carter vs. Canada, the case that overturned the ban on assisted dying, and that in its current form it remains in violation of the Canadian Charter of Rights and Freedoms. To the opponents Health Canada has issued the following assurance:

“Health Canada will continue to work with the provinces and territories as provisions of the legislation come into force, and further study will be done with respect to medical assistance in dying in the context of mature minors, people for whom mental illness is the sole underlying condition and advance requests.”

Of course, “Grievous and irremediable” is not the same as a “reasonably foreseeable” death. Many disabled people have conditions that are serious and incurable ­ it is, after all, essentially the definition of being disabled, at least in its severe form. The legalization of assisted dying in Canada opens the door to the expansion of criteria by which it is accessed. In all likelihood, it will emerge that the slope was quite slippery after all. 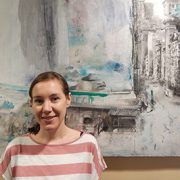 Claire English
Claire English is currently completing course work in the Judaic Studies stream of the PhD Religion at Concordia University. Her research examines the intersections of Disability and Judaic Studies. Her dissertation research will examine the social and cultural dynamics of Jewish Deaf communities in New York City in the period 1880-1940. Other research interest included sensory and material anthropology, and the history of emotions.

By Robyn S. Lacy4 hours ago

Death and Dying in the Buffy the Vampire Slayer Universe