I think it’s tragic that in our culture, once someone you love dies, your immediate reaction is to bury or cremate them and then throw a gathering with tiny sandwiches.

Have you ever wondered what would motivate someone to take a job in the funeral profession? Why would someone seek a life constantly coloured by death? How would it change one’s perspective on life, death, and all that is in-between? Would it change how you feel about yourself, your family, your friends- even strangers? How would it influence how you lived your life? Well, we had the privilege this week to speak to a former funeral service worker who gave us some insight into their decision to enter into (and eventually leave) the funeral profession.

1. Can you tell us about yourself? Age, where you grew up, work/school background… Anything we should know?

Like a lot of people, I grew up in a small town in B.C., living with my father as the sole provider and my stay-at-home step mom. My father and mother divorced when I was two and remarried at three, and I really didn’t see my mother growing up. She stopped picking me up for her custody visits without a phone call, and until I convinced a friend when I was 16 to pay her a visit, I knew very little about her despite living in the same small town. At the moment, I’m in my mid-30’s, worked in funeral service for 7 years, and am gearing up to go back to school to pursue my next career.

[My mother] died when I was 21 from a long term illness, and when I went back for the funeral, she didn’t look the way I remembered her.

2. What was the nature of your job?

I worked almost exclusively in the preparation area. That meant identifying, checking for valuables, setting the features of the deceased, and preparing them for funerals (which often included embalming, depending on the families’ wishes). Over time though, I moved to making sure the deceased had a more lifelike appearance with dressing, cosmeticizing and preparing the deceased for the funeral.

The supervisor was always in early getting a schedule together for who was supposed to be at their funeral at what time, and who we had in our care. Often times I’d drive out to hospitals or a family home to take the deceased into the funeral home’s care to make sure that we had enough time to prepare the individual for their funeral later that day or the next morning.

3. What was it that motivated you to work in the funeral profession?

I didn’t really keep in touch that often with my mother, despite not knowing her for the majority of my life: I think I just felt that it was easier to keep things the way they were. She wasn’t in my life growing up, so why spend that time getting to know her later? I remember I was living in a different province, but was visiting my father when I received news through some of my mother’s friends that I should go see her in the hospital in the closest major city. I didn’t know how sick she was, and knowing that I was coming back to town in a month, I said I’d go see her later.

She died when I was 21 from a long term illness, and when I went back for the funeral, she didn’t look the way I remembered her.

Knowing that she didn’t look the way I remembered her made me think that I could do better. I wasn’t doing anything important with my non-existent career, so I pursued a career in funeral service with the goal of having every individual that I prepared for their funeral look more lifelike and better than my mom did when she died.

4. What were your first impressions of the job and professional community?

I like how a lot of funeral directors are in the community. It’s not something you see with every profession, especially when every day you’re talking to someone about how it feels to lose a loved one, and to arrange a fitting final farewell to the most important person in their lives. That is not an easy job, and you could see how it weighed on the funeral directors who have been doing it for years.

Others involved in the community, most notably celebrants, priests, and musicians; are doing their job because they love people. They often connect with family members and make the person’s celebration of life that much more touching, and can often help with the grieving process. Like any profession, you have the good and the bad, but we’re all in it for the same goal, which is to help people in our own way.

… I received a knock on the door from two police officers asking if my former roommate still lived there. Apparently… he was hit by a car crossing the street while he went for a run the previous night.

5. Why did you choose to leave the funeral profession?

I was reaching my 30’s and realized that I wasn’t making a lot of money. I was constantly broke living in the city with car payments, rent, bills and a social life, and the scheduling of work was making it difficult to get a second job. I wanted to move up, but the people above me weren’t going anywhere and I felt really stuck. I saw all of these people who were robbed of living their lives due to accidents and sickness, and wondered what I was doing with mine and I thought that maybe I should move. I checked out a city that I knew was looking for an embalmer with the opportunity to grow, and wasn’t quite decided. Was this feeling going to pass? Leave everyone I know because I felt stuck? The day after I flew back home from my visit, I received a knock on the door from two police officers asking if my former roommate still lived there. Apparently his resumé was on his iPod with my address, and he was hit by a car crossing the street while he went for a run the previous night.

That made me realize how short life can be. You see it happen to others but you don’t realize how close you are to death, and everything just changes in a moment. So I took the job in the other city, moved all of my belongings, and still felt stuck. So I quit. I needed to live my life and have time to enjoy the flowers. Move towards a career that I could see myself in for the rest of my life, and not just on a short-term basis. Happiness became very important to me, because if I get hit by a car tomorrow, I know that I have lived the best and happiest life that I possibly could have.

6. In what ways, if any, did working in the death profession impact your own views on death and dying?

It made me realize that time is the most important thing that we have to give. If I spend $20 for dinner, I can go earn that $20 the next day and save a bit by making lunch, however, I can’t get that time back. Working in that industry made me value and love the people that I surround myself with, and really be in every moment that I’m in. If I’m with someone, I’m with that person, not texting or seeing what else is going on out there. We need to stop being distracted and instead focus on where we are and who we’re with. I don’t know if that’s what you meant, but it’s how my views changed.

If you look all over the world, cultures grieve differently, and I think that’s important. We need to celebrate and respect the deceased more in our culture to get over the taboo of death.

7. After seeing people dealing with a loss first hand, how do you view our/society’s relationship with death and loss?

I think it’s tragic that in our culture, once someone you love dies, your immediate reaction is to bury or cremate them and then throw a gathering with tiny sandwiches. We need to remember that person and acknowledge the loss. Funerals are a personal place to say goodbye. When a celebrant talks about the deceased, they can tell stories the family has relayed to them, and in that way, the family is celebrating that person. The people in the audience can remember their own stories, and we can acknowledge the loss. If you look all over the world, cultures grieve differently, and I think that’s important. We need to celebrate and respect the deceased more in our culture to get over the taboo of death.

8. Tell us about an experience you had while working in the funeral profession that impacted you the most.

It was when my old roommate was killed. I picked him up from the hospital, played his favourite music while he was in my care and just looked after him. It was a really tough time, but I’m happy I did it. 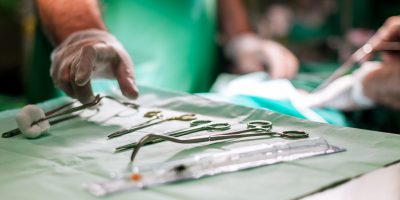 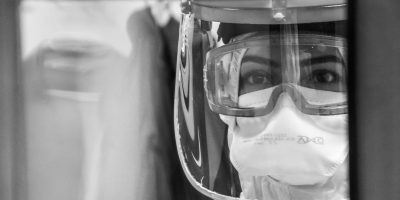