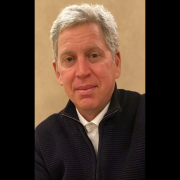 Michael Brooke
Michael Brooke was born in Leeds, England and took his first ride on a skateboard in 1975. In 1996 Michael created the SkateGeezer homepage. This led to a book contract and in 1999, The Concrete Wave (the history of skateboarding) was published. It went on to sell over 40,000 copies. In 1999, Michael founded International Longboarder. Three years, he started up Concrete Wave magazine In the spring of 2018, Michael decided to sell his magazine business and venture into a whole other career path. He wound up working as a funeral director’s assistant. In 2021, Michael started up a new business called Time for My Story. He makes memoirs look like magazines. In October of this year Michael, partnered with Shred Shack.com to bring Concrete Wave back. It is now a monthly documentary series on YouTube. For more information visit www.timeformystory.com www.shredshack.com www.concretewaves.com

The story of how I went from a skateboard magazine publisher to a funeral director’s assistant, and the lessons learned along the way.
By Michael BrookeNovember 30, 20220
Culture & Politics