0
How have hospital morgues come to play such a vital role in funerary culture in Ghana?

Since the publication of Jessica Mitford’s “The American Way of Death,” Americans have been critical of the consumerism and money-centered practices of the funeral profession.

As Associate Professor of History Dr. Kami Fletcher has noted, Mitford’s criticism of the funeral industry exposed the public to the commodification of death in North America: “Packaged within her main points was the larger idea that when Funeral Directors professionalized in the early 20th century, what came with it was the worst parts of capitalism – entrepreneurship whose sole purpose was to profit.”  Yet, Mitford’s critique is also noteworthy for its exclusion of non-white, non-normative groups, like African Americans, where in the context of civil rights, funeral directors and extravagant funerals played important cultural and political roles.

What counts as a good death or bad death is always culturally, historically, and temporally relative. While many in the West remain critical of the modern funeral profession and its excesses, for the Akan people in Southern Ghana, consumerism and capitalism are celebrated aspects of the funeral experience. Ghana is a great example of how technology, globalization and capitalism can create radical shifts in funerary practices, and challenge what it means to have a good death.

The Akan People & The Mortuary Experience

The Akan People are a meta-ethnic group who live mainly in Southern Ghana and parts of the Ivory Coast. Akan may refer to a number of different subgroups and communities, including the Agona, Akuapem, Akwamu, Akyem, Ashanti, Bono, Fante, Kwahu, and Wassa, among others. The Akan are typically Christian, though like other parts of Ghana, it is a Christianity heavily inflected with African traditions and ethnic religions.

Before anthropologist Sjaak van der Geest began his fieldwork in the late 1960s, Ghanaians preferred dying at home, and mourning rituals tended to be long and drawn-out affairs. Today however, globalization and capitalism have radically reshaped the funeral experience. The hospital morgue has especially changed the landscape of death and funerals in Ghana, creating new ways to manage, ritualize and commercialize death.

According to van der Geest, younger people today are especially reluctant to participate in traditional mourning rituals, preferring instead to mourn the dead over drinks at local bars. Most important though is that rather than occurring in the home, death among the Akan is now centered around the mortuary (sometimes called the “fridge”).

Once dead, it is not uncommon for Ghanaian bodies to remain in the hospital morgue for up to 40 days. The longer a corpse remains in the morgue, the more prestige is attached to the funeral.

The hospital has become the preferred place for Akan People to die, and families will rush the dying to the hospital to avoid dying in the home. The closer someone is to a hospital, the closer they are to the hospital’s morgue. Once dead, it is not uncommon for Ghanaian bodies to remain in the hospital morgue for up to 40 days. The longer a corpse remains in the morgue, the more prestige is attached to the funeral. Extended stays inside the fridge are so commonplace that the government has had to set rules restricting the amount of time between death and burial.

This new mortuary culture has a lot to do with the Akan desire to have a grand and expensive funeral, which reflects the social and economic status of the dead, and the living. “People know the high prices of mortuaries and can estimate the amount of money the family spent” writes van der Geest. People may even try to die inside private hospitals because it costs more money.

Like any country touched by techno-capitalism, a good life is centered around material goods and money, and for the Akan, a good death is one that reflects a good life.

A death in Southern Ghana means an extended stay in the mortuary, the purchasing of formaldehyde for embalming—a purchase that is often made by family members directly at the hospital pharmacy—and the planning of an expensive and lavish funeral. Family members and friends who live abroad may also send money to cover funeral costs, which is itself a way to signal one’s social and economic status.

Not Every Death is Equal

While funerals can be lavish affairs in Southern Ghana, for those Akan who experience a bad death, funerals are anything but. Sociologist Mensah Adinkrah writes that a popular Akan aphorism is that “If you die a bad death, we give you a bad burial.”

Old age is still the most valued form of good death for the Akan, who place great value in caring for sick individuals to ensure their longevity. The death of infants and children, self-inflicted death, death by accident, and death by disease are all considered bad deaths by virtue of their not happening in or due to old age.

“Given the premium Akans place on longevity and self-preservation, self-inflicted death (ahokum), is considered not only bad, but ignominious. Indeed, suicide is the quintessential bad death in Akan culture” writes Adinkrah. In such a case, a person may not receive a proper burial, or be buried only in a designated cemetery, and grieving for the deceased is considered inappropriate. “If an individual causes his or her own death, he or she is said to have challenged God’s will.”

In the event an infant or child dies, there is no funeral ceremony held, no money or extended condolences are given to the family, and public grieving is discouraged. Adinkrah writes that the Akans’ treatment of child death as bad stems from the widespread expectation that children grow up to bury their parents and not the inverse.

The Mortuary as Mirror

That someone would want the body of a loved one to remain inside a hospital mortuary fridge for as long as possible will come as a shock to many of us who dread the thought of spending time inside a hospital while we are alive, much less dead. Yet many in North America have their own ways of managing corpses that might appear odd to others. We fill dead bodies with chemicals, wrap them in plastic before lowering their hermetically sealed caskets into cement vaults.

As changes occur in society through technology, globalization and capitalism, so our mortuary practices change as well.

The dying experience can seem like an immutable truth in our society—the same as it was and will always be. You die, your body is brought to a funeral home, embalmed if you aren’t Jewish or Muslim, a service is held, and your body is eventually brought and lowered into the grounds of a manicured sequestered space (or placed inside a crematory retort).

Yet so much history remains hidden in these processes, including women’s pre-market care of the dead; the professionalization of funeral services; early 20th century infighting between funeral directors and clergy; the rise of embalming during the American Civil War, and much more.

The point is that as changes occur in society through technology, globalization and capitalism, so our mortuary practices change as well. This is equally striking in both the Akan funeral experience, and in how bad deaths are treated.

The “fridge”, or hospital morgue, has come to play a vital role in funerary culture in parts of Ghana. This trend is in some ways the inverse of trends in North America, where natural and green burials are becoming more popular. Yet they are also mirrors of our own concerns for social and economic status, a concern played out in life and in death. 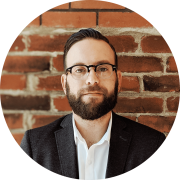 Jeremy Cohen
Jeremy Cohen is an Assistant Professor in the Religious Studies Department at McMaster University and received his M.A. in 2016 from Concordia University. His work explores contemporary death rituals, technology & Transhumanism. I am interested in the cultural and history context of Transhumanist ideas, and issues surrounding contemporary death practices.