My Father’s Wake by Kevin Toolis is a powerful exploration of mortality, loss, and Western death denial. Kevin Toolis describes the hurried anxieties, confusion and pain inherent within the experience of the death of the other. The opening pages of his 2017 book, My Father’s Wake: How the Irish Teach us to Live, Love and Die, reminds the reader that while death is a collection of moments humans have experienced forever, it is nonetheless unique to those experiencing it. Pushing against a philosophy that argues death is something we can never really experience, Toolis evokes Emmanuel Levinas’ belief that, “the first death is the death of the other.” 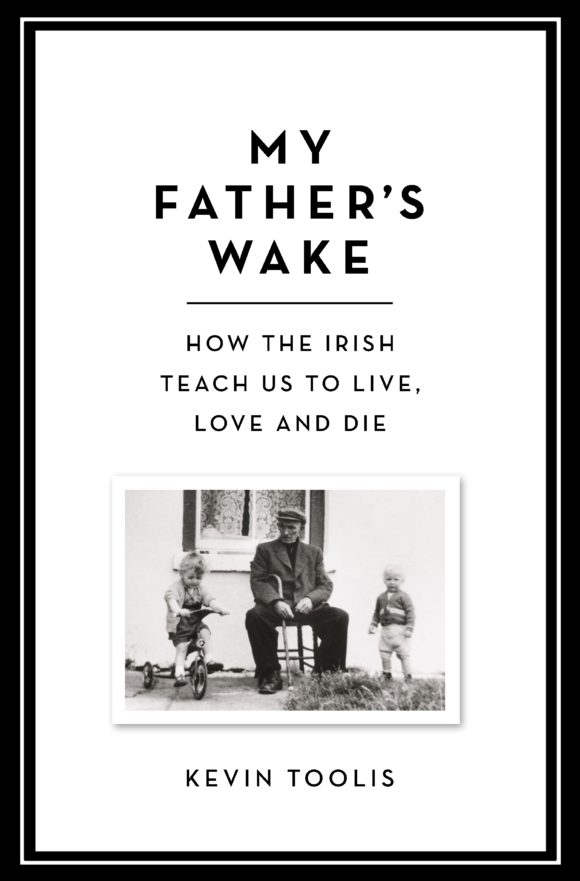 Kevin Toolis provides powerful examples of our distanced relationships to death. For Toolis, the Irish wake is an opportunity to not only connect with the dead, but a chance to reconnect with the rituals that have driven humanity since the first act of purposeful burial. Toolis’ memoir is about his journey towards death. Toolis asks the reader, “How can it be possible to never talk out loud about death in a world where everybody dies?”
Death is ordinary, he writes, but we still treat it as a “closed door on a closed room in a closed world.”

The 25 short chapters that make up this book are not about a singular death –Toolis’ father– rather this is a work about death all around us. Death revealed a world to Toolis that was hidden to him, and is thus carefully interrogated in My Father’s Wake. Pulling from his years as a journalist in war-torn countries (including his own), Toolis unravels the individual stories behind the walls of the morgue, the homes of the bereaved and within what Christopher Hitchens calls the land of the sick, or what Toolis calls the gestation period of death.

My Father’s Wake ties together storytelling, statistics, philosophy and more as it successfully moves between stories of personal loss and wider narratives that we can all relate to. Toolis interrogates the tendency of Western society to hide death in plain sight, either through media or statistical analysis – for example, his own mother’s death and her transformation from individual to a coronary heart failure statistic. Toolis writes about the Western distancing from death:

“We don’t want to see the sick, smell the decay of wizened flesh, feel the coldness of the corpse, or hear the cry of keening women. We don’t want to intrude on the dying because we don’t want to look at the mirror of our own death. Why have we lost our way with death?”

Toolis went in search of war because it too, like death, is a liminal place. After the death of his brother Bernard, Toolis thought that war may provide answers to the problem of dying. But also that perhaps the death of the other could act ask a mask against his own experiences with death. For Toolis it is a strange paradox that writing about death became a sort of shield against his own grief. However at the same time, his brother’s death “revealed death’s denial to be a lie.”

My Father’s Wake will be recognizable to most of us who have experienced personal loss. It also challenges us to give life to the rituals of death, to re-enchant our relationship to the dead, and in doing so, find meaning in our short lives. 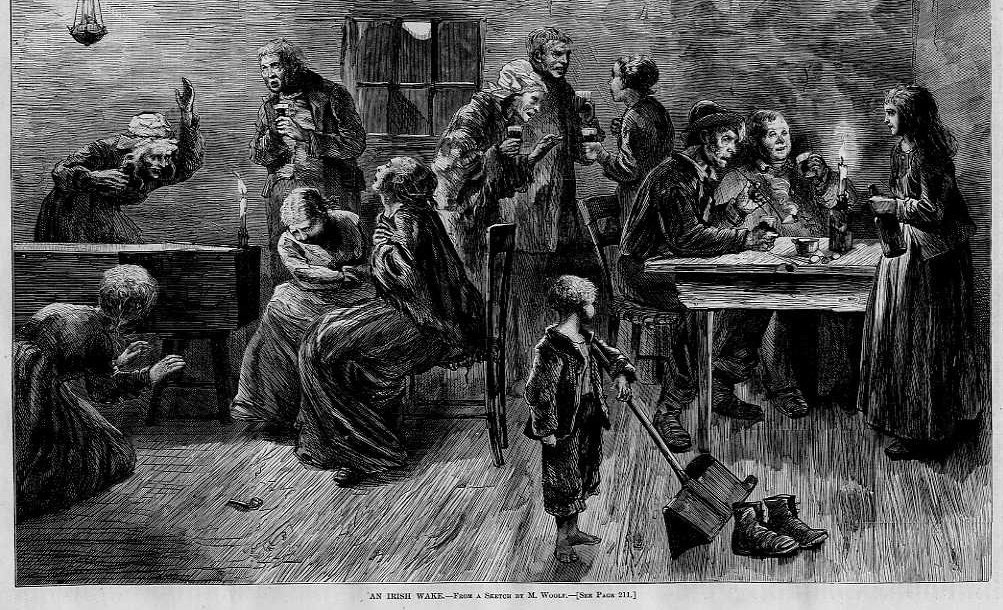 My Father’s Wake: An Interview with Author Kevin Toolis

Tell us about your background, and what was the catalyst for writing My Father’s Wake?

Sometimes, no matter how difficult the path, you’re born into being something. And I was born into being a writer with an awkward sensibility. It is not a recipe for happiness.  Even growing up I had a dogged curiosity about the hidden lives of other people and a strange love of words, and phrases, and the sounds of those words running in your head as you recited them over. So I was always a writer even though I never knew what that meant or what to do with that gift. And then when I was twenty, and feeling immortal, my brother Bernard died after an agonizing struggle with leukemia.

Bernard’s death shattered the hubris of youth and all the illusions of invulnerability that young men and women normally carry with them. As I ran my fingers through the stubbly hair on my freshly dead brother’s scalp the world changed forever and a new being was born; a very frightened, vulnerable ‘I’ who was no longer a son, a brother, a student, but a mortal ‘me’.

In death I became my brother’s changeling. I was angry, grieving and unsure. I wanted to know from other people what it was like to survive catastrophe, loss and how to go on living in the aftermath.

I drifted into becoming a reporter and into reporting wars, conflict and human pain. Even as a young reporter I spent most of my time in Northern Ireland when the Irish Troubles were raging and murder, shootings and bombings a daily occurrence. I also developed an acute and dangerous other gift – I was very good at knocking on the doors of strangers and within five minutes sitting down on their sofa and asking them  straight out about the worst experiences, the violent death of their daughter/son/parent, and writing it all down in my notebook.

I worked for a lot of newspapers like The Guardian, the New York Times and then later made films in the Middle East on suicide bombing and the history of the car bomb. I reported on famines and plagues but all the time I kept asking myself what is the best way to die and how should we face death?

My family come from a remote island off the coast of County Mayo in Ireland where the tradition of the Irish Wake remains strong and as my father Sonny lay dying one summer from cancer I also encountered all of the rites, wisdom and traditions of this ancient human ritual.

For tens of thousands of years we have as a community overcome death by gathering together in rituals like the Wake. What I re-discovered was that the best way of facing death is to face death together instead of our current individualistic death shunning Whisper Death way. And as I stood at the bottom of my father’s deathbed I felt the burden and responsibility for the writing of My Father’s Wake descend on my shoulders as a means of sharing the grace, joy and wisdom of this very old way of dealing with our mortality.

Autumn tides bearing forests of sea kelp on the shore at Dookinella, Ireland.

What does an Irish wake accomplish that other contemporary Western death practices may not?

In our Western fear of death we panic. We write about death from the me-perspective, my death, my battle with cancer, my story, me as an individual, as if the land of death was a new discovery. And the more we shun death, the more we panic. We try to create a deathless world where even the sight of the dead is forbidden on TV and we use ugly euphemisms like ‘passed’ to avoid the death word. Most westerners have never seen a dead body, a dead human, even though every human is mortal.

Of course my death is important to me but it is of little consequence to other people. As humans we die all the time, 200,000 people a day, 73 million a year, across the planet.  And no-one cries at night collectively for the loss of those 200, 000 humans.

Death is just part of life but what is really important is to re-discover a social mechanism, a ritual, by which we re-normalise death within our communities. We need to start re-training ourselves with death, like doing little practice laps, by seeing and touching dead bodies, going to wakes and funerals, comforting the bereaved, and teaching our children how to die just like the Irish do in the rite of the Irish Wake.

As a journalist, you often wrote about troubled places around the world, and witnessed a lot of suffering. How did these experiences alter your relationship to death and the death of your father?

When you spend a lot of time in the company of the poor, the dispossessed, in Africa and the Middle East it is hard not to be awed at times by their courage, their endurance, in the face of famine, plagues and brutality.  In the West we have the luxury of our trauma and all the white noise we use to fill up our lives. But the poor have no choice but to endure the worst and the best of humanity.

My father also grew up in not such a dissimilar place, in a village without electricity, or proper roads or running water. But his community, through the rite of the Irish Wake, also aided him by making death an everyday thing. They gave him a great advantage in life by teaching him how to die. So when his time came to die he was very stoic, very wise, about his own dying. He was not afraid to die. And that too was his last parental lesson to his children and his community.

In your book you argue that we have become distanced from death (the whisper of death, as you call it). What can we do in order to reclaim, or become more familiar with death? What do we learn by better integrating death into our lives?

Stop watching zombie movies and go to more funerals and Irish Wakes if you get the chance. Reach out and see and touch a dead human in the box for that unique ice-cube-in-a-rubber-glove coldness that is so shocking but also compelling – because you too will one day be dead too. There is nothing like the sight of the dead, and your own personal dead, to make you re-question and re-evaluate your own life and what you want to do with it. And go see the sick and comfort the bereaved just so you get a greater insight into what death is like. Don’t  bother signing up for lots of ‘professional’ courses on dying. Just by breathing you are qualified to be part of the mortal studies class.

With an increased popular awareness around death and the macabre, are we at risk of becoming voyeurs of death?

A lot of the contemporary discussion around death is itself a form of death denial, the White Lighters, those Zombie movies, and the avid proponents of euthanasia as a means of control against the tide of our flailing mortality.  Lots of us still can’t or don’t want to believe that death is the end of them or their loved ones.

But Heaven and Hell and what happens after death is another story.  The real human journey never changes. We are begotten, born and die. And the best guide to seeing that in the flesh is in the dead flesh of another human at an Irish Wake. It is the best teacher you could ever have, and it is really simple too. And the perfect antidote to all the vain illusions we have on death. 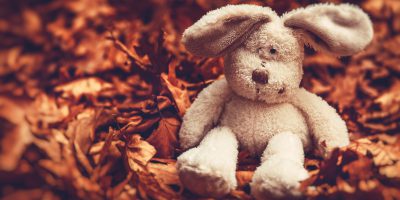 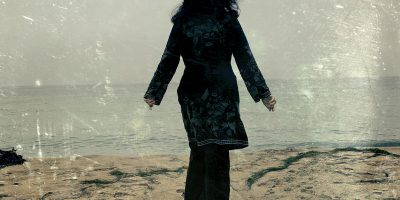 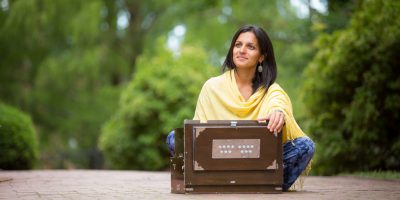 Careers in Death Care: A Day in the Life of a Hospice Physician

Join us for How to Hold a Hybrid or Virtual Memori

If you took a look at our drivers licenses, we’r