1
When the city of Faro in the southern coast of Portugal ran out of burial space early this summer, officials were forced to reckon with the dreaded issue of cemetery overcrowding. Recent decedents accumulated in the coolers of local funeral homes, lending a sense of urgency to the management of the city’s dead, and in the end, there was no choice but to make room where there was none. Existing burial plots were cleared of their long-term occupants and reused, in a strategy that raised fewer eyebrows than the problem of overcrowding itself.
…when the time came to bury the new, the old would be brought up and moved into a common ossuary.
The practice of exhuming old remains (“raising the bones”, as the act is colloquially known) may be unfamiliar to many, but not to the Portuguese whose friends and family rest in particularly sought after cemeteries. The current form of the practice was introduced in 1962, to fight the growing lack of room in century-old municipal cemeteries, but the reuse of burial space far predates that time. Before the widespread advent of cemeteries in the late 1800s, the Portuguese had buried most of their dead in churchyards, always with the implicit understanding that when the time came to bury the new, the old would be brought up and moved into a common ossuary. It seems natural that such a practice would eventually arrive at the current form of grave recycling, where “perpetual” plots may still be purchased as any other form of real estate, but “temporary” plots may only be occupied for 3 to 5 years. Once the lease is up, bone remains may be transferred to one of the niches that line the walls of the cemetery, or stored as ashes in a columbarium. Families are expected to make the decision and bear witness to the exhumation, but that’s about the only formality surrounding the pragmatic procedure, which isn’t accompanied by any further ritual or ceremony.

More and more European countries are being forced to adopt similar strategies against a harrowing lack of burial space. In Greece, burial plots are also rented for a 3-year period, with yearly extensions available at increasingly prohibitive price points; other countries have extended their leases to last at least a decade, with the Netherlands leasing plots for 10 to 20 years, Switzerland and Sweden for 25, Italy for 10 to 30, and Germany for 15 to 30. France, like Portugal, still allows for the purchase of perpetual plots, but there are also temporary leases lasting for 10, 30, and 50 years. Even more cautious is the UK, where the City of London Cemetery has taken to reusing graves that haven’t been touched in 75 years.

The problem of overcrowding is bound to get worse as European populations continue to age—and die. It is being predicated that many existing cemeteries will reach maximum capacity in the coming decades. But is the construction of new cemeteries worth the trouble and environmental cost to cities? Cities have expanded so far beyond their original limits it’s unlikely new burial grounds could be established within practical distance of their target communities; likewise, with urban space at a premium, it’s worth considering the practicalities of acquiring a piece of land large enough to bury a 21st century metropolis. It stands to reason, then, that the simplest way to bury those who’ve lived and died in urban centers is still to guarantee the continued use of what little burial space there is.

Short grave leases may not allow the body to fully decompose— a reality many Portuguese cemeteries are already contending with.
To this end, many cemeteries routinely employ what the UK has come to call “lift and deepen”, a practice where old remains are temporarily removed to allow for the grave to be deepened, then replaced in the bottom while new bodies are placed on top. Other cemeteries will move old remains into a mass grave or common ossuary; others will box the remains before placing them in an alternative area of the cemetery, such as a wall niche. In many cases, exhumed remains are simply cremated and returned to families, who may do with them as they please.

Bio-Cremation or Alkaline Hydrolysis is one possible green-alternative to cemetery overcrowding.

Practical as it all may sound, there are still shortcomings to the practice of grave recycling, especially considering that it doesn’t always account for the realities of physical death and decomposition. Short grave leases may not allow the body to fully decompose— a reality many Portuguese cemeteries are already contending with, such as in the city of Porto where 55% to 64% of bodies were found not fully decomposed after their first exhumation. In all cases, the remains had to be reburied for an additional two-year period, which effectively brings the efficiency of this short a lease into question. If cemetery administrations truly wish to increase the rate of decomposition in temporary graves, then it bears looking into the practices and recommendations of a growing alternative practice, that of green burial. As a practice that aims to create as little impact on the environment as possible, green burial has the fortunate side effect of letting decomposition run its natural course. By rejecting embalming chemicals, heavy duty caskets, and burial vaults—all add-ons meant to preserve and protect the body— proponents of green burial have important lessons to teach if the end goal is to allow the dead to return to the earth in the limited time they are allotted in a leased burial plot.

Eternity can still be bought, for the right price.
It could also be argued that the easiest way to avoid cemetery overcrowding is to reject burial altogether, and indeed, this argument has been a part of the marketing arsenal for cremation for quite some time. It fails to take into the account, however, the many ways cremation can be undesirable, or even downright inaccessible. The Greek example is paradigmatic, as despite the ongoing struggle with cemetery overcrowding, Greece is still the only mainland country in the European Union without cremation facilities, in part due to the fact that cremation has yet to garner the approval of the Greek Orthodox Church. Those who wish to cremate their dead must have them transferred to the neighboring country of Bulgaria, an impractical and costly solution. Even in places with easy access to crematoria, the practice still places a certain amount of strain on burial space, as proponents of cremation will still gravitate to the cemetery in order to bury cremation urns, indefinitely.

It seems as if housing the dead—be they flesh or bone or ash—in the cities of the living may be turning into a privilege most people can no longer afford. This is made abundantly clear in countries that continue to offer costly perpetual plots along with a variety of affordable temporary options. Here, the message being communicated is almost comically classist: cemetery overcrowding may be a dramatic concern, but exceptions can be made.

Eternity can still be bought, for the right price.

In the long run, there’s no telling which strategy against cemetery overcrowding will prove sustainable. Indeed, at this point, there’s only hoping cities around the world will be prepared to commit to a course of action when the need for it arises. So far, Europe seems to have chosen cremation and grave recycling as its weapons against cemetery overcrowding, while America— which is just now beginning to come to terms with the problem— has started to consider relocation as an appropriate solution to the shortage of burial space in specific cemeteries. Perhaps, due to a cultural attachment to the cemetery as a veritable open-air museum, a monument to an individual’s ancestry and personal history, Americans will be more reluctant to resort to strategies such as grave recycling.

If Americans were to consider the practice of grave recycling, the question bears asking: what would be lost, and would be gained, from giving up one’s place of eternal rest in favor of a short-term lease agreement? 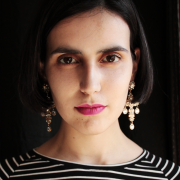