My family is from St. Ambroise, which is a small Michif (Métis) community at the base of Lake Manitoba. While I spent the majority of my life away from St. Ambroise, I am still connected to my roots in Manitoba. What connects me are the stories that my family tells; stories connect me to the Land, my ancestors, and the dead.

My experience as a Michif woman greatly informs the way that I approach death and dying. In this reflection, I would like to offer some insights into how I maintain a positive relationship with the dead. I have been pondering this relationship for some time, and while I do not have all the answers, I am thankful to use this space to explore some possibilities.


Thinking about Michif concepts of death and Storytelling brings me back to the kitchen. Like many cultures, the kitchen is the main site for cultural exchange and inter-generational learning. We just call it visiting.

Michif Storytelling: Connecting Us To the Dead

I introduced my parents to my current partner in their kitchen. It was as awkward as all first encounters are. Luckily my mom picked up on this energy and decided to lessen the tension by regaling us with stories of our family. We laughed together as she told us about her step-dad, about how he once tried to install a microwave into the wall and ended up digging a hole into my grandmother’s closet. She talked about my uncle, and how he thought he was an archer and accidentally shot an arrow into one of the kitchen appliances. She talked about our cousin, and how he boasted about charm and sophistication, but did not emulate either of those qualities.

Relationality does not limit itself to human relations. Rather, it includes our relationship to the Land, the elements, and our ancestors

After our visit, I asked my partner about his experience with my family, laughing as we rehashed some of the stories. Then, it dawned on me: did he know that we’ve been talking about dead people?


I didn’t realize this at the time, but this was a special moment of cultural exchange and inter-generational learning; together we were learning the broader concepts of relationality. As I am currently living in Treaty 6 Territory and Métis Region 4, my understanding of relationality is greatly informed by Cree and Michif teachings. I have been taught that relationality is broken up into wâhkôhtowin (Wah-KOH-toh-win) and miyo-wîcêhtowin (Mi-OH-wa-che-toh-win). Wâhkôhtowin refers to the interconnectedness of our relations — that we are all related. Miyo-wîcêhtowin is being in a good relationship (Cardinal and Hildebrandt 2000). Relationality does not limit itself to human relations. Rather, it includes our relationship to the Land, the elements, and our ancestors (living and nonliving) (MacDougall 2010).

With respect to the dead, we contemplate and relate to them as though they are alive. All of these aspects nurture our identity as Michif peoples because they inform us as to how to interact with the world.

The view from St. Ambroise Beach via Tammy Flamand

Relationality is constantly in motion as it is crucial to renew our relationships to ensure that we are moving forward in a good way. One way we renew our relationships is through ceremony. Ceremonies are a way to remember (Wall Kimmerer 2013), and for my family, cooking together is its own ceremony because it allows for stories to flow.

Sitting together in the kitchen, I hear two types of stories: lii koont (lee koon-t) and lii zistwayr (leez-toi-r) or Sacred Stories and Personal Histories.  Sacred Stories are traditional and typically offer explanations into why things came into existence and often involves nonhuman characters. Personal Histories focus on human interactions. Listening and participating in these stories connect me to my Métis roots, despite not growing up in the village.

Unlike other cultures that refuse to speak ill-will of the dead, Michif do not transform into angels after their death

My own children also experience this, as they are often helping out or listening in to the gossip. Four generations in the same room ensures that we all know how to pass on our stories and that they survive into the future. Storytelling and visiting family come hand-in-hand. You cannot visit without telling stories. Therefore, family gatherings are where we are reminded of our relations. It is a way for Michif to learn culture and responsibility, which are both braided together with the Land. Maintaining these connections is fundamental to our identity and fulfilling filial responsibilities (Innes 2013).


As mentioned previously, we reignite our relationship with our ancestors through Storytelling and visiting. Storytelling offers us a special space where time is no longer linear. That is, we exist in the past, present, and future where stories bring our ancestors back to life. This means that if we gossiped and laughed about them in life, we should do the same after their death.

Unlike other cultures that refuse to speak ill-will of the dead, Michif do not transform into angels after their death. This is a sign of respect for the life that they lived. Probably the best example of this is a story from my community called “The Neighbours”. The story is as follows:

There were two women in the village who often exchanged harsh words, letting their hatred be known to everyone. Like their words for each other, there was a sharp contrast with their appearance: one was a fiery redhead and the other was sandy blond with gold highlights. Suddenly, late in the winter season, the woman with the red hair passed away. Everyone attended the wake, which was held at her home, including the blond woman. On the third night, one of the villagers noticed that they only had enough oil for one lamp, which would not be enough last night. Someone had to go out into the snowstorm to get more oil. The blond woman spoke out into the darkening room: “I’ll go” she said with conviction. “I’ll go to my house and get oil for the lamps. I live close. I know the land well. It will only take me a few minutes to get to my house. It’s the least I could do for her.” She quickly wrapped herself in wool and set out into the storm. Twenty minutes passed and the blond woman had not returned. Two men set out to find her, tracking her footprints in the snow to her back door. Calling out to her, they pushed the door open and entered the house. On the floor the men saw that the oil cans had been gathered and a candle had been lit, but they still couldn’t find the woman. Looking around the house, they found a figure lying on top of the kitchen table. One man brought the candle towards the figure and saw that it was the blond woman laying with her eyes wide open and her mouth contorted, as if she were screaming. They stood frozen, unable to make sense of what they saw. As they scanned her body, fear crossed their faces. Neither of them wanted to speak first, they could not believe what they saw. Clutched in the blond woman’s fingers was the locks of her enemy’s fiery, red hair (Written and told by Tammy Flamand).

I believe this story reaffirms that we must treat the dead the same as when they were living. Doing otherwise comes at a cost. Our ancestors are still connected to us whether or not they are alive. Their spirit knows when we are being disingenuous. The blond woman and the woman with the fiery hair both lamented each other in life. In an attempt to reconcile with the dead, the blond woman puts herself in harm’s way to ensure that the wake can continue.

Therefore, the death of the redhead prompted the blond woman to alter the relationship that they had when they were both alive. As a result, she meets her ruin at the hands of the women with the fiery hair. Hearing and retelling this story affirms our behaviour towards the dead.

Death is not the end for Michif

Returning to the kitchen, I see this behaviour replicated in our personal stories. Sitting in a kitchen, swapping stories about our ancestors provides the ultimate space for learning about the dead and our interactions with them. Michif affirm the memory of the dead by continually relating with them. This memory often comes through ceremonial laughter: telling jokes about dead cousins who were jokesters in their own right.

What’s important is that when I introduce my partner to my family, I am also introducing him to my ancestors. This ensures that he also has a personal relationship with the dead and that we both remember to relate to them.

Death is not the end for Michif. We are constantly nurturing our relationship with our ancestors and each other. Story connects us all.

Cardinal, Harold, and Walter Hildebrandt. 2000. Treaty Elders of Saskatchewan: Our Dream is that Our People will One Day be Recognized as Nations. Calgary: University of Calgary Press.

Daschuk, James. 2013. Clearing the Plains: Disease, Politics of Starvation, and the Loss of Aboirignal Life. Regina: University of Regina Press. 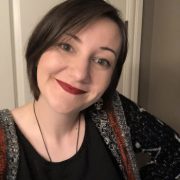 Tanya Ball
Tanya Ball (she/her) is a Michif woman currently living in amiskwacîwâskahikan (Edmonton) in Treaty 6 Territory and Métis Region 4. She is a PhD Student at the Faculty of Native Studies where she researches Michif experiences of death and dying and a co-host for masinahikan iskwêwak: the Book Women Podcast, which is a podcast about Indigenous Storytelling.

By Michael Brooke5 days ago