Many people recently became aware of burial at sea during the infamous disposal of Osama Bin Laden’s body. According to the U.S. Military, Bin Laden was placed in a metal coffin and thrown into the Arabian Sea. Of the many ways societies that lay the dead to rest, burying them at sea is one tradition that we often forget in the modern age. Believe it or not, burial at sea is not only one of the oldest ceremonies associated with death, but it still occurs today all around the world.

Burial at sea refers to the disposal of human remains in the ocean, which is typically done from a ship or boat. This unique form of burial is associated with many cultures, and different traditions throughout time. What all the variations ultimately have in common is a connection to the open sea, and a desire to connect those who have been lost to the mysterious and infinite deep.

Burial at Sea: Everything You Need to Know

Burial at Sea in Ancient Times 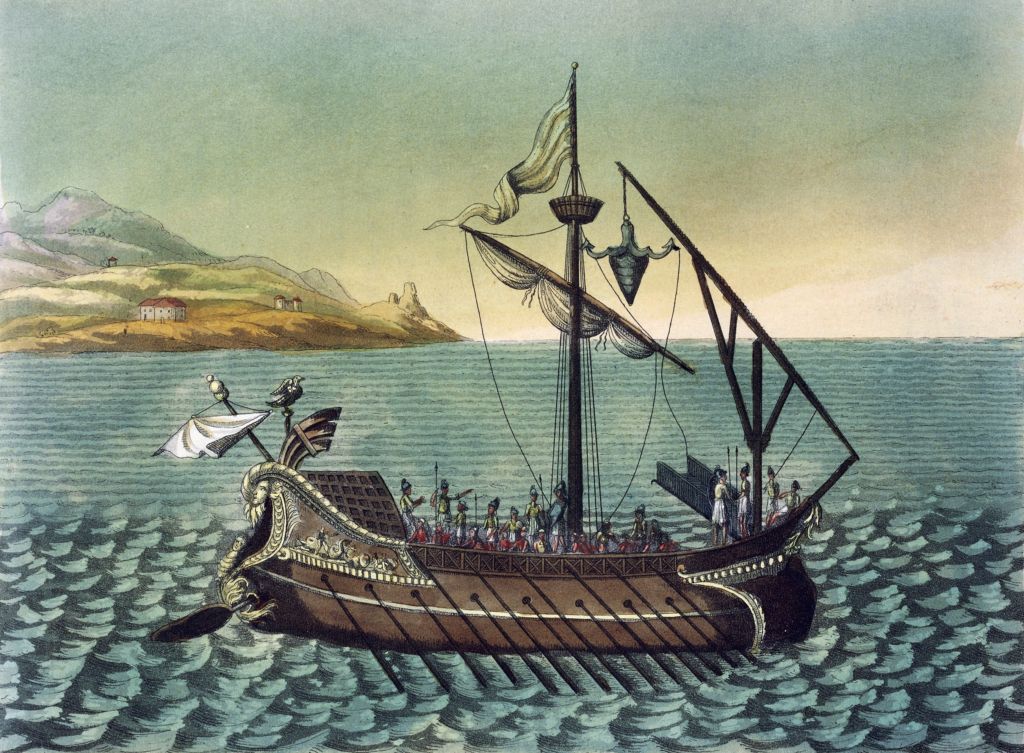 Burials at sea can be traced back thousands of years, with recorded instances of sea burials dating back as far as the ancient civilizations of the Romans, Greeks, and Egyptians. Sea burial was considered a common funerary practice alongside other traditions practiced in these societies. Though all of these ancient civilizations gave preference to burial in tombs, there were still occasions which necessitated a sea burial. In particular, deaths during battle, when the dead were far from home. In such cases, conducting an earth burial would not be possible for obvious reasons. 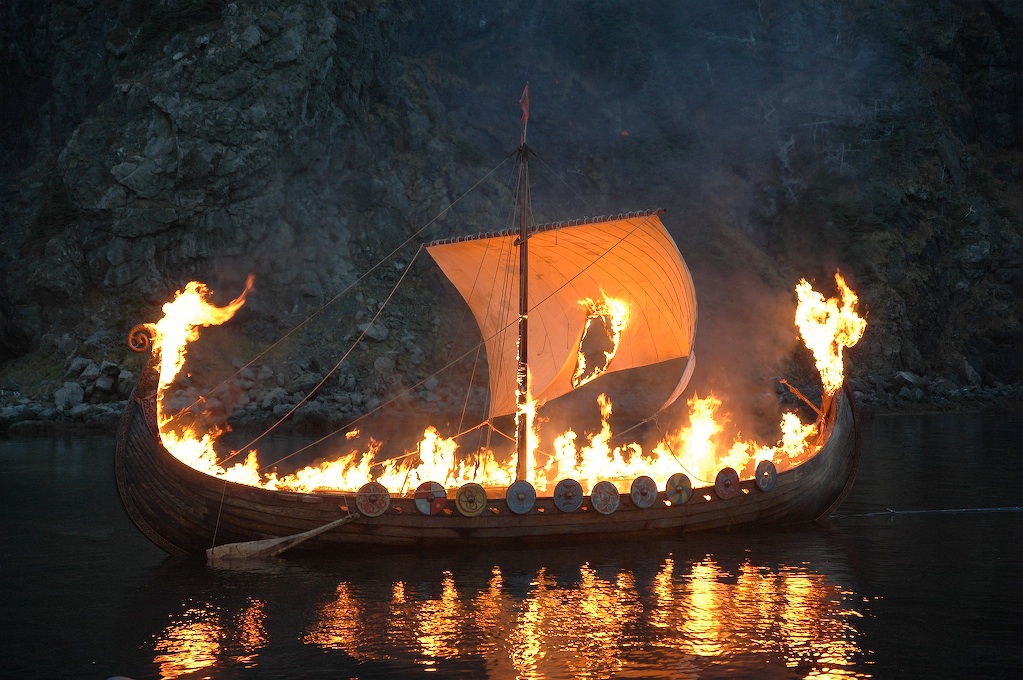 Recreation of a Viking Sea Burial via www.soulpassages.ca

Perhaps the most famous example of a civilization that practiced sea burials were the Vikings. The infamy of the Vikings’ sea burials is in part a result of their invasion of the British Isles in 700 A.D. Their “ship burials”, as they are now called, involved the use of an entire naval ship as a container for the dead and the various traditional objects buried with them. These kinds of burials can be traced back in Scandinavia to the Iron Age, and are featured prominently in the Norse Sagas.

These sagas also speak of ashes being scattered over the sea, and of Viking ships being set on fire and pushed out to sea to be consumed by the flames. It should be noted that ship burials often took place on land, with the ship either cremated or interred under a burial mound. One would probably not want to argue with a Viking about the technicality of a sea burial on land… 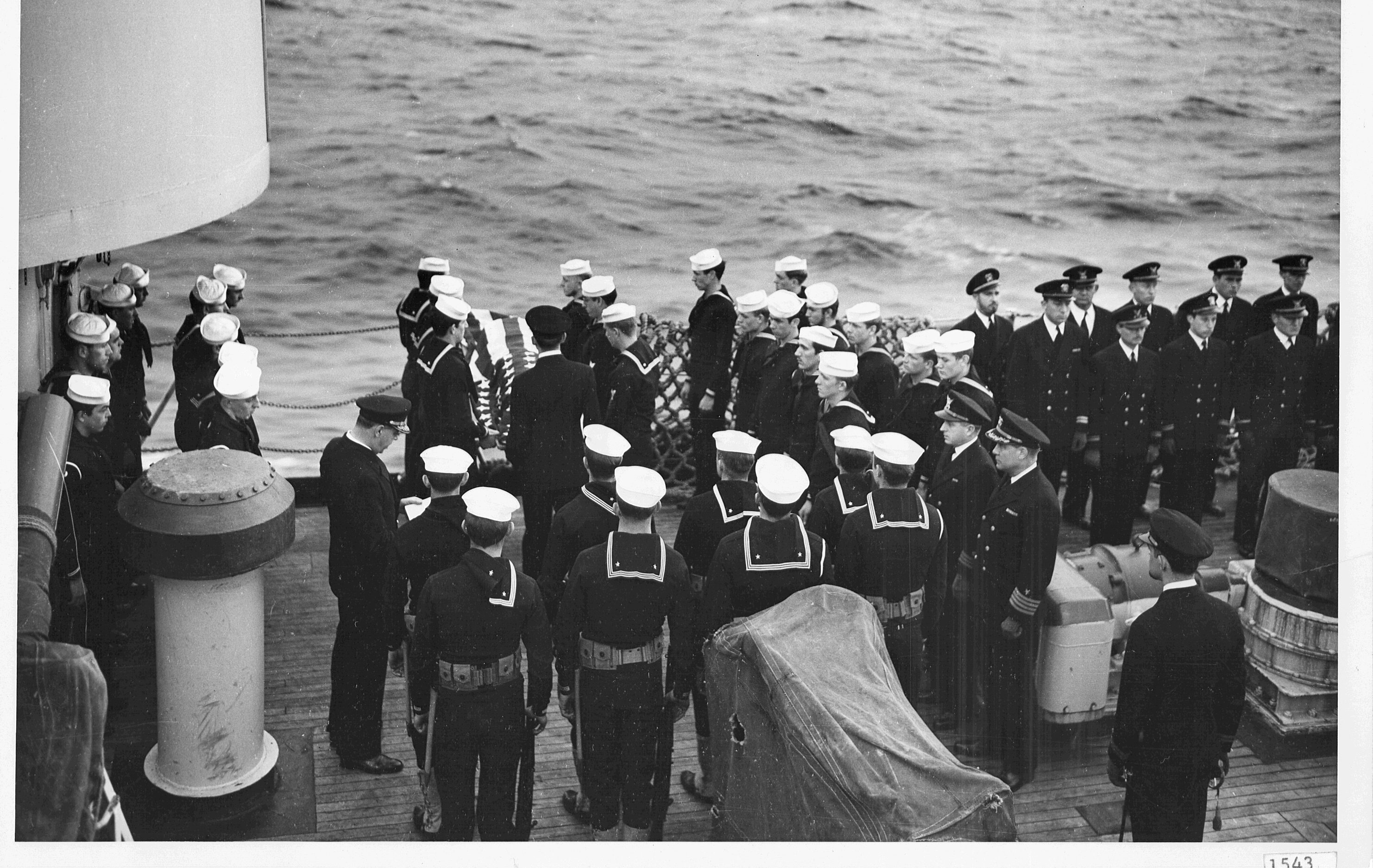 Historically, British seamen (in particular, the British Navy) found it necessary to perform burials at sea. This practice stood in contrast to practices of the Spanish and French, who would prefer to keep the bodies of the deceased onboard until they reached a port of entry where they could anchor and perform earth burials.

Sailors have historically been superstitious people, so it comes as no surprise that there are a number of superstitions associated with burials at sea. A common superstition amongst sailors was that sea birds carried the souls of dead sailors to the afterlife, which also meant that it was extremely unlucky to do such birds any harm.

The British developed their own unique rituals for burials at sea, which would often involve the body being sewn into a shroud by the ship’s sail maker or one of his mates. This shroud (which was often made from the shipmate’s sleeping hammock) was rumoured to have been stitched tightly, with the last stitch sewn through the sailor’s nose to ensure they were truly dead (yikes!). The body would be weighed down to make sure it sank and didn’t drift off to shore. Finally, after being given a religious service conducted by the captain of the ship, the body would be tipped into the water feet first. 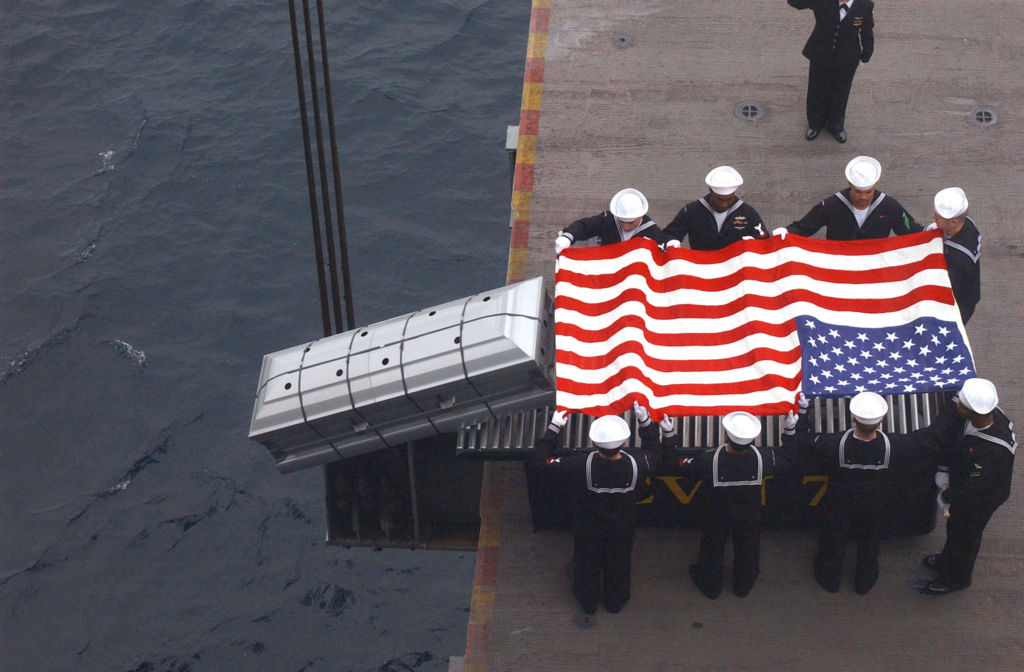 Sea burials still occur today, though there are a number of strict regulations in place. In England, for instance, cremated remains can be scattered freely at sea, but a full body burial must be done with a coffin meeting regulatory requirements, and may only be conducted in specific locations. Similarly, in Australia, a permit is required to bury a body at sea. These permits can be difficult to get, and are usually only granted where the deceased has a strong connection to the sea. This usually means that the deceased served in the navy, or had some other form of profession associated with the sea. There are also numerous regulations in place regarding the state of the body itself, such as the body being left un-embalmed, placed in a metal casket, or sewn into a weighted shroud. The burial must also take place in water deeper than 6,000 feet.

Unsurprisingly, protecting the environment is a central concern when it comes to contemporary sea burials. In the United States, the Environmental Protection Agency regulations state that burials at sea require the burial “site”  to be at least three nautical miles (3.5 miles) from land, and at a depth of at least 600 feet. Some states have even more specific regulations about how far from shore these burials can take place– all depending on the depth of the water in certain areas. For instance, off of the Eastern coast of the United States, the closest sufficient depths are off Miami (5 miles) and Long Island (75 miles). This means that, in some cases, you would be required to travel more than 30 miles into the ocean to find a burial site!

While full body burial at sea may not be available to just anyone (legally, that is), scattering ashes can be a different story. While most states and provinces will have laws related to scattering, many operate on a ‘don’t ask don’t tell’ basis. You can take a boat out on the water to scatter ashes, or buy a biodegradable urn that will sink to the bottom of the sea. Another option are Eternal Reefs. This company offers to turn cremated remains into a living ocean reef. Their reef balls remain fixed to the ocean floor and become vital habitat for marine life.

The Famous Buried at Sea

Though burial at sea is far from being the most common burial practice today, as we have seen, they still take place all over the world. Here is a list of some of the most famous people to have sea burials in the past 40 years:

(1951–2014): was cremated the day after his death, and his ashes were scattered in San Francisco Bay. 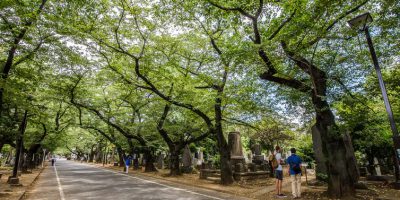 In our next installment of our “A Day in the Lif

It has long been a tradition for fans visiting the